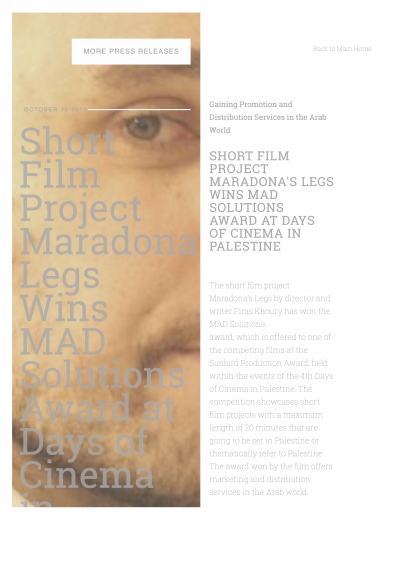 The short film project Maradona's Legs by director and writer Firas Khoury has won the MAD Solutions award, which is offered to one of the competing films at the Sunbird Production Award, held within the events of the 4th Days of Cinema in Palestine. The competition showcases short film projects with a maximum length of 20 minutes that are going to be set in Palestine or thematically refer to Palestine. The award won by the film offers marketing and distribution services in the Arab world.